I recently became aware of building plans for a new Islamic center near Ground Zero in downtown Manhattan.  The project is being headed up by Imam Feisal Abdul Rauf, a prominant Islam leader in New York who authored the book, What ‘s Right with Islam is What’s Right with America. 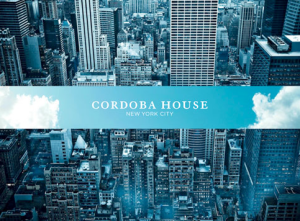 Not surprisingly, much resistance has met the Cordoba House, an Islamic historical and cultural center and prayer space.  On June 6, Stop the Islamization of America organized a protest against the building of this center.

Here are links to a few videos, articles, and sites related to the project and the backlash against it:

-Bartholomew’s Notes on Religion, “New York Mosque Protest“: A blog post quoting proponents and detractors of the Cordoba House that sets the tone of the situation.

–No Mosques at Ground Zero blog: See speeches from the protest

–Youtube video: See a CNN interview with the Stop the Islamization of American director and a Muslim scholar on the day of the protest

–Cordoba Initiative website: Learn about the project and the mission behind it