The recent terrorist attack on the Sikh gurdwara was committed by Wade Page, a white supremacist and member of the hate group, Hammerskin Nation.

The attack highlights the threat of white supremacist hate groups, a threat that has been consciously sidelined by the federal government, whose leaders are cowing to political pressure.

According to the Southern Poverty Law Center, an organization that tracks hate groups and hate crime in America,

Since 2000, the number of hate groups has increased by 69 percent. This surge has been fueled by anger and fear over the nation’s ailing economy, an influx of non-white immigrants, and the diminishing white majority, as symbolized by the election of the nation’s first African-American president.

Currently, there are 1,018 known hate groups operating across the country.

They also highlight the “resurgence of the antigovernment ‘Patriot’ movement,” which was responsible for the Oklahoma City bombing and the other domestic terror plots in the 1990s.  “The number of Patriot groups, including armed militias, grew by 755 percent in the first three years of the Obama administration – from 149 at the end of 2008 to 1,274 in 2011.”

In the past few years, groups that are specifically “anti-Muslim” have also emerged.

These are frightening statistics, and one might wonder why we haven’t heard more about them.

On a recent episode of the Diane Rehm Show, Michael Greenberger of the University of Maryland Carey School of Law explains why.

In 2009, the Department of Homeland Security issued a report which said the greatest threat, in terms of domestic terrorism, was the growth of these white supremacist groups that is the greatest threat to stability within the United States. And it was an analytical framework of how the department and other law enforcement agencies should focus on these white supremacist groups, militia groups and hate groups. When it was issued, there was an uproar from the conservative community.

… And House Majority leader John Boehner, House minority leader at the time, now speaker, said the Department of Homeland Security owes the American people an explanation for why they have abandoned the term terrorist to describe those such as al-Qaida, who are plotting overseas to kill Americans, while our own department is using the same term to describe American citizens who disagree with the direction Washington Democrats are taking. In fact, faced with the siege of criticism, the secretary [Janet Napolitano] withdrew the report—it actually had been published—and she apologized.

… And so there is a debate right now about the analytical force of the Department of Homeland Security. There’s a lot of information that they dropped from six analysts who were looking at this problem there to one analyst. Now, I saw yesterday at the department challenges that fact, but, nevertheless, it’s in the year that this has not been a priority.”

Because of political pressure, the federal government is intentionally ignoring issues of real security. This is unacceptable and puts all Americans—and especially minorities like Muslims and Sikhs—in danger.  The federal government must not cow to pressures from right-wing extremists, whose anti-Muslim and anti-minority rhetoric protects and legitimizes white supremacist hate.

I’ll end this post and this series on “trends we can’t ignore” with the following quote from a Huffington Post article written by Riddhi Shah in response to the terrorist attack on the Sikh gurdwara:

Today, if we don’t ask why a small religious community in the Midwest was targeted by a 40-year-old white man, if we don’t make this discussion as loud and robust as the one that followed the attack on Gabby Giffords or on those young people in Aurora, we’re in danger of undermining what America stands for.

This series is a call to attention and awareness, a plea for a national dialogue about issues that have been ignored for far too long. 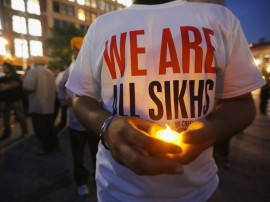 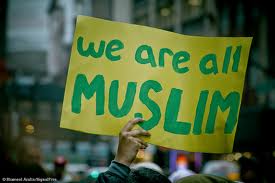 Note: The Norwegian terrorist who went on a politically-motivated and Islamophobic killing spree in Oslo last summer recently received his sentence–at least 22 years in prison (it should be much longer, and likely will be.)  Read Nathan Lean’s important commentary on the portrayal of the attack and the threat of white supremacist hate: http://www.latimes.com/news/opinion/commentary/la-oe-lean-breivik-hate-groups-u.s.-20120826,0,7942204.story