In a world full of suffering and violence, we are given this truth at Easter:

Christ has risen from the dead.
In dying, he trampled death,
And gifted life to those who were in the tomb.

We still do feel the sting of death, and we still experience the pain of suffering. But we know how much God loves us, that he is here with us, right in the midst of it. 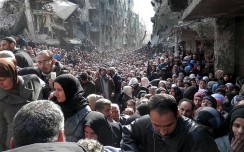 Residents of Yarmouk Camp, a Palestinian refugee camp in Damascus. After being bombarded and besieged by the Syria government, the camp is now embroiled in another round of fighting between the government, ISIS, and its own Palestinian fighters. 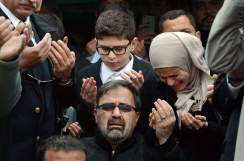 The family of Deah Barakat, who was murdered along with his wife and sister-in-law in Chapel Hill, NC. Several similar shootings have taken the lives of Muslim-Americans in recent weeks, but have received far less media attention.

Mourners in Garissa, Kenya, after the Somali-based group, al-Shabab massacred 147 Christian students at a university there. 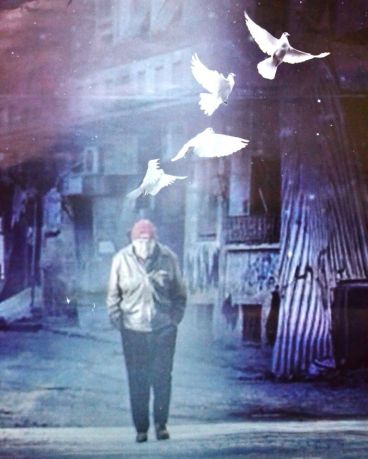